Coronation Street: Overstepping the mark (and the balcony)

It’s been a distressing few weeks on Coronation Street lately. Between the hypocrite harlot that is Katy condemning Anna for a night  of infidelity (yes, REALLY)  the horror of whatever has happened to poor Gail’s hair recently (if only there were some hairdressers in the family), and Antony Cotton being handed a new contract (I kid, I kid…) there hasn’t been a lot to smile about recently. 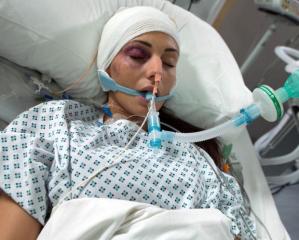 Of course we have the equally traumatic events of Tina falling from a high balcony, grazing her knee and then further antagonising the man that caused her to fall. The result? Let’s just say that Rob’s temper combined with a metal bar led to blood and fake tan stains all over the cobbles.

Peter has hit the bottle again and is generally just going around being a nuisance, stressing Carla to the point of her collapsing in agony and tragically losing her baby. Being a prime suspect for Tina’s murder hasn’t helped lift her spirits much either, and spending a lot of time with mardy Michelle only exacerbates the gloom. Still, protective brother Rob is on hand to stand by her and he will do anything, ANYTHING, to help. Well, except for coming forward and admitting that he killed Tina, of course.   END_OF_DOCUMENT_TOKEN_TO_BE_REPLACED