The Archers: Things they haven’t said yet 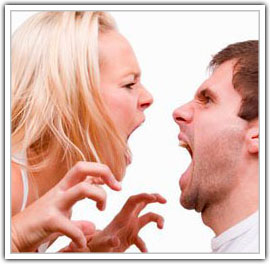 Post SATTC there are quite a few conversations waiting to explode. I thought I’d jot down a handy list in case the script-writers need reminding. What have I missed?

David: ‘Lizzie, there’s something I need to tell you about who gave Nigel the idea to go up on the roof…’

Jill: ‘Lizzie, I’ve never told you this but my father sent me to a fancy-pants posh school and I thought he’d abandoned me. Not to pressurise you or anything.’

David: ‘Perhaps it would be a good idea to ask Lizzie some questions about the business, save me any more exasperated phone-calls in which I behave like a straw-chewing hick.’

Kenton: ‘Life’s short, Jolene. Let me take you up Lakey Hill. If you know what I mean.’

Tony: ‘Hang on a minute, I’ve just emerged from a trance. Helen, you are a complete cow of the first order.’

Helen: ‘Why, when most women are nuttier once their baby’s arrived than when they’re preggers, have I bucked the trend? I guess it’s because I’m more irritating than getting a lump of cheese stuck in your throat.’

Ian: ‘Helen, did I ever tell you I was a sperm donor?’

Helen: ‘Ian, did I ever tell you that I specifically requested your wriggly Irish tadpoles?’

Henry Archer: ‘You’re kidding me, right? Billions of women in the world and she’s my mother?’

Harry: ‘Listen Fallon, I didn’t kiss you passionately when I gave my Dick because I have cold sores/HIV/halitosis/ am gay/frigid/a virgin. But we just need one brief episode to sort it out and live happily ever after.’

Matt: ‘Bet we could get a really good price for Lower Loxley; Elizabeth’s too grief-stricken to negotiate.’

Tony: ‘Listen Kathy, can you just piss off? You’re in my house more than I am.’

The Archers: Whatever happened to all the stories?

I’ve been wondering: where have all the Archers storylines gone? Some of them of course are played out to their natural, often lengthy and tedious, conclusions. But many others just wither on the vine. Sure, some stories which seem to have died prematurely do reappear months or years later, for the Archers has its eye on the long game and thinks little of dragging a plot out over decades. But other have been quietly forgotten. Possibly because they have become a teensy bit embarrassing.

Here are my top five Archers stories which have petered out. 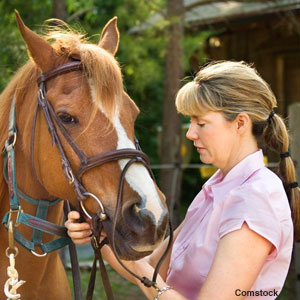 That kid was just a horse substitute, Maisie.

1. Caroline and Oliver fostering. One minute this was all over the programme like a dull but hard-to-ignore rash, the next: nothing. They fostered one kid, I think. Some sullen youth who naturally was brought out of herself (or himself? Stone the crows, my memory) by their upper-class values. Then silence, and no-one ever mentioned it again.

Way to revive this storyline: Social Services take Hell-en’s baby away from her on the unarguable grounds of her sheer appallingness, and Caroline adopts it.

2. Usha being scared by a man while out running. I’m the only person who remembers this. Even Usha’s forgotten. It wasn’t that long ago, just a bit before she and Alan got married. Some bloke started coming onto Usha in a creepy way, telling her how gorgeous she was which seemed unlikely as she was in her joggers and sweat-bands. She managed to escape, and was terrified when she got home. And then… nothing. This is either a very slow-burning plot in which the creepy man reappears after lying low under a hedge in Eddie’s field, or it’s been ditched as being too similar to other creepy goings-on such as Josh leaving chocolates for Emma (yeugh), and Owen the Rapist.

Way to revive this storyline: Creepy man can attack Kate while she is coming back from Felpersham College. Or he can attack Hell-en on her way back from maternity yoga. Or anyone else I don’t like on their way back from anywhere.

END_OF_DOCUMENT_TOKEN_TO_BE_REPLACED 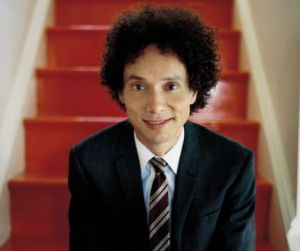 So glad someone's finally applied my theory to something meaningful

Malcolm Gladwell described a ‘tipping point’ as a moment of critical mass. He used it to explain how crime dropped dramatically in New York in the 1990s, but here I will apply it to something far more important: The Archers. I fear my favourite programme is on the verge of a tipping point, from which there is no return.

It’s been flirting with danger for some time, but The Archers has now almost reached the point at which the number of staggeringly irritating plots outweigh the enjoyable story-lines. Soon the whole edifice will come crashing down. It’s not just me who feels this way. Only the other night this comment appeared on The Archers message board: ‘Could someone get my radio back please? It’s in the garden and I’d get it myself but I’m just phoning the glazier.’  This cri de coeur was triggered by the episode in which Helen discovers she is pregnant. Right there with you, glazier-pal. Hell-en is unbearable whether she’s happy or sad, but happy is definitely worse.

Here are eleven pieces of evidence to support my thesis that The Archers is becoming so utterly annoying, it’s only a matter of days before every listener turns off their radio simultaneously at 7.05 pm, producing a surge of power to the National Grid large enough to cause a tsunami or earthquake (or something – haven’t quite sketched this part out properly yet).

END_OF_DOCUMENT_TOKEN_TO_BE_REPLACED

The Archers: Who will give Helen a bay-beee? 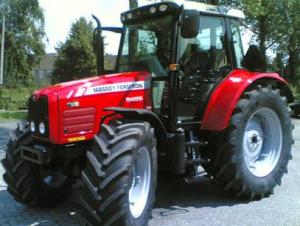 With a great, rumbling, clanking noise, the wheels of another demented Archers storyline have been set in motion. You’ll know of course that Annette shagged Leon and, in line with Soap Opera Law 14.2,  got knocked up. (This law states that casual sex never goes unpunished, especially when it’s with someone else’s boyfy.)

Despite her sweetly neuron-free brain, Annette has responded quite sensibly to her predicament. She has weighed up the facts: she is 19, has unstable work, an unsupportive family, can’t stand the father of the child, and lives with a nutter. Frankly, without wishing to be too Germaine Greer, these are reasonable circs in which to consider an abortion. But there’s that clanking, grinding sound getting nearer… Is it? Could it be? Yes! It’s Helen’s story arc, which has rammed into her with the subtlety of a Massey Ferguson.

Listen Annette, what say we get one of those bug-a-boo strollers?

Suddenly Hell-en is baby mad. Emphasis on mad. She does everything she can to talk Annette out of the termination. Like a modern-day Miss Havisham in cobwebbed maternity frock, she offers to put her entire life on hold to become a proxy mama to this bastard child – bastard used here to be rude, rather than as a description of the sprog’s out-of-wedlock-ness.

Hell-en becomes so manipulative (‘Annette: ‘It’s not really a baby yet, is it?’ Hell-en: ‘We don’t know that’), so wheedling, so downright psychotic, I am surprised Annette hasn’t already fled to a saner soap, like Eastenders. All Annette has to do, surely, to deflate Hell-en’s ‘So lovely to have a little bay-beee round the place’ shtick, is to say, ‘Did I mention Leon’s the father?’ Then she can watch Hell-en disintegrate, like the Wicked Witch of the West under a power-shower. But Annette is clinging onto that excellent piece of gossip for dear life, presumably saving it for a more dramatic juncture.

Updated 10th January: Ooh Leon! You’re even  more of a rotter than we thought… poor Annette is preggers. Here’s more on Annette and Hell-en

It’s an unwritten rule in the Archers – or maybe it is written, I believe their storyline conferences are pretty strict – that any new man who comes into the programme will turn out to be a love rat. Oh, all right, I can already hear you yelling men’s names as though we were at a Chippendales gig. Fine, Ian isn’t a rotter – but he is gay. I’m talking about straight men. Okay, Oliver isn’t a rotter. But he is an older chap. Yes, yes, Greg wasn’t a rotter, but he wasn’t very good-looking and he topped himself when he realised this.

Let me start again. Any young, handsome, non-suicidal straight man who is written into the Archers will either have a cheating heart, or be a psychopath, and that’s that.

Remember Simon Pemberton? Even Shula barely remembers him, though they had an affair and… sorry, just went into a reverie about how much more action Shula gets than me, even though she is loads more annoying. It’s so unfair. Anyway, nary a few episodes had passed before Simon was thumping Shula (though, in some ways, you could see his point), and provoking her into using one of the very few rude words ever heard in Ambridge. My next blog will cover this topic: ‘Those rare occasions when Archers folk have been in such extremis they have turned to our four-letter friends for expressive relief’.

And what about the other Simon, Simon Thingy (memory’s shot to pieces today), who married Debbie in a burst of sexy Canadian accent, only to bugger off at the first opportunity with a student almost half his age?  And going back further, what about that first class swine Cameron Fraser, who got Lizzie up the duff then disappeared with a twirl of his evil moustache? And only a year or so ago, what about poor Kathy taking pity on Owen, only to be, well, we all know what happened to her.

Having seen him, maybe I can forgive Leon after all

So I’m not entirely surprised that Leon, the too-good-to-be-true barman, with his laconic Australian turn of phrase and excessive interest in the ladies, is already cheating on Helen. Ian predicted it would be so, and he’s the closest we have to a seer in the Borsetshire district. I know I’m not Hell-en’s biggest fan – if I were a man I wouldn’t go within a fifty-mile radius of her, fearing toxic contamination – but hey, Leon, you nailed your whatsits to the mast. You’ve led her on. You’ve given her to understand that she is your girlfriend. So to go round to her flat when you know she’s out, and sweet-talk her naïve and needy flatmate into bed is the act of a cad.

I’m not completely exonerating Annette. I know she’s young, only eighteen, or twenty, or fourteen, or something, but there were several points at which I thought she might have said, ‘Hang on a minute! You shouldn’t be kissing me, Leon, because you’re going out with my irritating flat-mate who nonetheless has been pretty decent to me, taking me in when I had nowhere else to go and generally looking out for me, even if she does go on about the washing up rather a lot.’ It would have been the correct thing to do. Instead of which, she just sank into his arms with a horrible sighing noise. And all we could hear after that was an echo in our heads of Ian yelling, ‘Told you so!’

I might not be able to listen for the next few weeks. Hell-en’s continuing belief in Leon, Annette’s increasing guilt, Leon’s slide towards an unbelievable storyline in which he is chucked unceremoniously out of Ambridge, never to be seen again… I don’t know if I can bear the pain.