Derren Brown fails to stick me to my seat 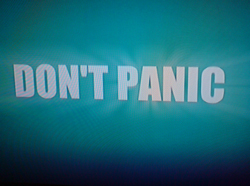 After last week’s lottery-predicting stunt (which still has people arguing about how he did it), this week’s Derren Brown show promised that the nation would be quite literally glued to our seats in a feat of subliminal suggestion.

Anyone who’s read Derren’s (brilliant, highly recommended) book will know all about the techniques that he used last night, and it had nothing to do with subliminal effects: the “film” we were asked to watch was a sideshow. The method is explained in  the chapter about hypnotism, and it’s all to do with suggestion and reinforcement. He asks you to notice all the points where your body is in contact with the seat, and then those bits will feel heavy. Add in a bit of muscle stiffness (keeping your head in a particular position, making sure your feet were flat on the floor), a bit of flattery (only the very talented would be able to do this) and a bit of fear (keep your phone nearby), and the scene is all set.

So doubtless this one worked on a few suggestible people. Not on me, though, partly because the cat was digging her claws in me, which did my concentration no good, but partly because I’d read the book and knew what he was up to. As I also knew the lady in Hamleys was going to choose a giraffe – did anyone fail to notice the amount of giraffe patterns around that shop?

Subliminal suggestion was working on another level, though – Pauseliveaction Junior is now demanding a trip to Hamleys at the earliest opportunity. 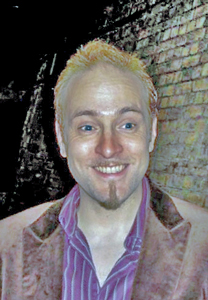 On Wednesday night, Derren Brown apparently predicted the lottery numbers. Last night, he said he was going to tell us how he did it. The secret? You get a group of 24 gullible people together, take them on the sort of team building day that looms large in the David Brent handbook of people management, and then get them to write down lots of numbers. In the same way that a group of people at a country fair can averagely work out the weight of a cow, Derren explained, a group of people all working together can averagely work out lottery numbers.

Except they can’t. A cow’s weight is guessable – it’s a tangible reality, and people with various degrees of cow-weighing experience all working together can clearly come up with a pretty good guess. But a random draw is unguessable. There’s no pattern based on the numbers that have been drawn in previous weeks (even though that idiot on the BBC draw who greets each number with “That’s the fifteenth time this year for that particular number!” would like you to think that there’s some pattern to it so you carry on buying your ticket like the loser you will always be). The only true thing Derren said during the whole programme was that statistically you have more chance of dying in between buying your ticket and the draw happening, than actually winning the jackpot.

So obviously Derren’s stunt was some sort of trick (one plausible explanation can be found here), and as such it was brilliant because it got everybody talking, it got great ratings for C4 on the night, the papers are full of it. That’s what Derren does – he’s a showman, and he’s never pretended anything else. But he’s a bloody clever man.

Next week he’s apparently going to literally glue us to our seats in some feat of mass hypnosis.  I, for one, am fully prepared to be glued.