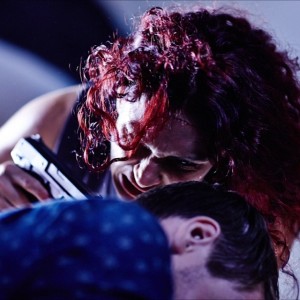 It’s hard to imagine that the Bea Smith who meekly entered Wentworth Correctional Facility all the way back at the start of Season One is the same Bea that was, over the last couple of weeks, overthrowing Franky Doyle in a tense blade battle and popping a bullet into the head of Brayden Holt.

And yet, at the same time, it’s not that hard to believe either. The writing and the performances of Danielle Cormack as the new top dog have made Bea’s dramatic and traumatic journey thoroughly believable and enthralling. Bea has faced her toughest challenges from behind bars, not least of all the death of her daughter Debbie and her development into the hardened yet still highly moral character that she has become has been a thrill to watch.

Similarly, the gradual development of slightly sadistic Governor Joan Ferguson into the most supreme television psycho of all time has been just as jaw droppingly exciting to behold. Pamela Rabe delivers such chilling and subtle performances; the kind where a look or a smirk delivers more meaning than a whole page of dialogue ever could. Discovering more about Ferguson’s intentions and true twisted nature has been the making of the second season which somehow managed to eclipse the high standards of the first.

And last night’s finale topped it all off spectacularly, leaving an audience exhausted from the tension but pining for more of the same. Fear not folks, there is a third season on it’s way next year, with writer Pete McTighe already having promised me in our exclusive interview that it is epic. 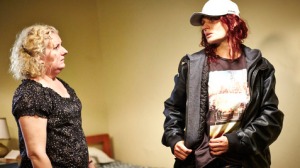 Onto the final episode; Bea had put her escape plan into action. The entire series had been building up to her taking revenge against Brayden who was responsible for Debbie’s death and this was her moment as all of the plotting she had put in place came to fruition. She was out of Wentworth and sporting a very fetching hoodie as she made a rendezvous with reluctant pal Liz. Liz had taken delivery of a gun for Bea and, when Bea came to collect, Liz knew from that point that her days on the outside were numbered. I felt sorry for Liz being caught up in the mess and yet, at the same time, I believe she has much more of a sense of belonging in Wentworth than she has outside of it. Practically institutionalised, Liz has been a lost soul outside of her friendship group in Wentworth and yet I do worry for her in Season 3. I can’t imagine that Boomer will have forgotten Liz’s part in her receiving an extra few years on her sentence. 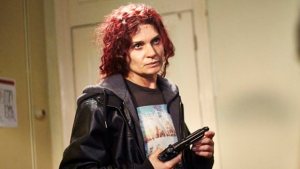 Before Liz’s recapture though, Bea had a job to do. She tracked down the ever charming Mr Holt Junior, who was busy leading Simmo’s daughter down the same dark track as he did Debbie. A nice touch for the late Simmo was that Bea arrived just in time to prevent anything awful happening to her and Brayden was reduced to a quivering wreck as he reeled off excuses over Debbie’s death. It was a highly charged scene in which Danielle played a blinder. Her agony over her daughter’s death and her rage and hunger for revenge conflicted with her conscience and her knowledge of rights and wrongs. As Will Jackson arrived on the scene having tracked Bea down, it looked like Brayden would evade harm until he made a fatal mistake. He pulled that sickening smirk but it would be for the last time. No sooner had his lips curled upwards than half of his brains were against the back wall of the room.

Back at Wentworth itself, Ferguson was attempting to get Bea tracked down but she had far more pressing matters on her plate too. Fletch, having been sacked and threatened with police investigation for allowing Bea to steal his security card, had done some digging of his own against his former Governor. He discovered all about her shady past and put all of the puzzle pieces together as he figured out her vendetta against Will. He was another chap to make a fatal mistake however. Instead of keeping his findings quiet, he confronted Ferguson with them and made his intentions to topple her clear. Just quarter of an hour later he had been run down in cold blood to what we can only assume was his death. Do not cross The Freak!

Ferguson’s war against her male staff continued as she gave a false claim to police that Will had aided Bea in her escape. As the police arrived at the scene of Brayden’s death, both Bea and Will were placed under arrest. Vera, now completely a puppet of Ferguson, was persuaded to go along with this plan, after Ferguson duly reminded her that she knew what she had done to her mother-for the greater good. I think it was this moment where Vera truly gave her old self up, whom she told Fletch that she had never liked, and became a mini Freak. The Adventures of The Freak and Vinegar Tits- just what mischief will they get up to next year?

Since her fight with Bea, Franky’s hold on the top dog position had slipped and only Boomer appeared to have any time for her. Her face and her ego well and truly battered, Franky gave up her title to Bea when she was returned to the prison, with a significant and warning message of: “They’re all yours now, Red.”

And finally, after enduring an achingly long hiatus from the father of her baby, Doreen was reunited with Nash. Well kind of. There was a prison wall in their way but that didn’t stop her announcing her pregnancy and him yelling back “DOREEN! I FACKING LAV YE!”

What did you think of Season 2 of Wentworth Prison? What would you like to see in Season 3? Let me know in the comments below and do follow me on Twitter…or I’ll make a phone call and a white van will be heading your way too… https://twitter.com/Our_manPLA

Comments Off on Wentworth Prison: The day of Queen Bea