Some things in the entertainment industry are just a given. Ant and Dec will win every possible gong for TV presenting at awards ceremonies, even if they haven’t presented anything that year. A popular much loved EastEnders character will make a point of looking forward to their future before being butchered on Christmas Day. And a drama penned by Jimmy McGovern will always be almost flawless in quality.

Despite the apparent furore over the BBC’s alleged bias towards McGovern’s views on the legal system, Common did not disappoint. Like predecessors including The Street and Accused, here was an often gritty, rarely sentimental and bleakly honest look at an issue through the lives of some intricate and mostly relatable characters. 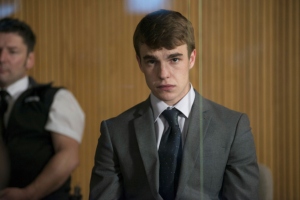 The drama centred around the debate over Joint Enterprise Murder; the law which indicates that associates who were present in any way at a murder scene can be equally implicated in a killing, without the need to pinpoint the person who dealt the killer blow. McGovern certainly wasn’t sitting on the fence with this one. The drama exposed the foibles of such a law with harrowing consequences for all parties involved.

Whilst it was potentially a little too politically motivated to include snippets from real life people involved in unproven cases at the end of the show on a channel which is supposed to be unbiased, I saw no problem whatsoever in the portrayal with the rest of the film.

The film, as any drama should be, was made for predominantly entertainment purposes. The story was fictional and was loosely based on an issue that was well researched. And, no matter what your stance on the topic, there is no denying whatsoever that a law such as Joint Enterprise carries great risks of injustice.

The performances from the cast were stellar. Nico Mirallegro was completely made for the part of the vulnerable and naive lead character Johnjo, who had his life spiral out of control after becoming accidentally embroiled in a revenge attack gone wrong. Best known to Hollyoaks fans (all five of them) as Newt, Nico gives an endearing performance and as an audience you ache for him as he struggles to do the right thing and becomes trapped in a system that will inevitably punish him either way.

The drama explored both sides of the story, looking at the perpetrators and accused of the crime but also focusing on how the death of a son affects the parents. In particular, the performances given by the two female leads were sensational, with particular note given to an exceptionally grim scene where a mother is forced to accept for the first time that her son is dead upon identifying his body.

The film was never going to have a happy ending but the bittersweet final moments, when the two mothers embraced over Johnjo’s heartwrenching letter, tied the story up in the most satisfactory way possible without cheating the audience with a miracle.

The villains of the piece played their parts menacingly well and it was also nice to see Dumbledore show up as a judge.

As always with McGovern, the drama had a message to tell and it was not always subtle in its approach. However from an entertainment perspective, Common was engaging and powerful and was a shining example of good television drama; something which is somewhat of a rarity these days.

What did you think of Common? Enthralling or a little too preachy? Leave any comments below and don’t forget to follow me on Twitter
.