Strictly: Murder off the dance floor 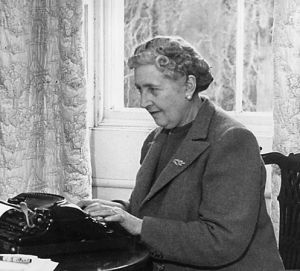 Yes, I’m sure it’s the presence of Sophie ‘Murder on the Dancefloor’ Ellis-Bextor, especially in her flapper dress last night, that’s making me think that every year, Strictly gets more like an Agatha Christie ensemble piece. You’ve got all the stock characters. The pretty young things, the old rogues, the ageing glamour pusses, the screechy Welshmen and comic Geordies. Then there are all the Johnny Foreigner dancers. Ruskies and damn commie bastards. They may shake a fine leg at the old cha cha cha, but you can’t trust any of them.

The thing about Strictly is that everyone is outwardly chummy and charming when we all know they’re all actually enormously competitive. Plus they’re stuck under hot lights in a sweaty, enclosed space wearing uncomfortable clothing. I, for one, would have very little difficulty imagining Anton du Beke as a murderous gigolo. Brucie was “missing” last night, and a girl could dream someone had bumped him off, his body lying unnoticed inside a tanning booth backstage for the fifteen hours it seemed to take to get through all the dances. The facade was that he had “flu” of course. But Tess and Claudia have been after the top compering job for years, I’m sure of it.

They were wearing a strange combination of outfits last night. Tess always manages that on her own, actually. Hers was a long glittery black sequined tube, which looked most odd when she stood next to Claudia, who had on a unglitzy, matt stripy outfit (about which someone tweeted “nice to see Claudia’s ready for the nightshift at ASDA” – thank you @carlos_delmambo for that). 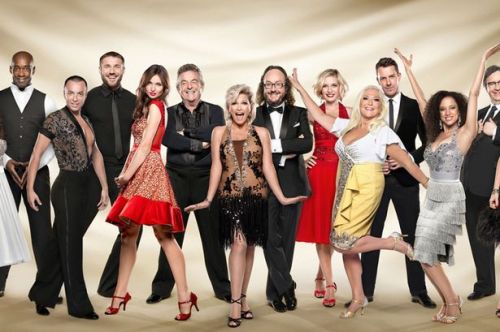 It’s very early days, and there are too many contestants to go through them all in detail, but in essence, we have:

Top of the pack – Abbey Clancey, wife of Peter Crouch, Natalie Gumede from Corrie, Sophie Ellis-Bexter and Ashley ‘Hollyoaks’ Taylor-Dawson (though some of us think, if your wife is having a baby, you might want to give her your attention and support rather than taking part in a programme which means she’s pretty much got to go it alone whilst you spend all week in spandex and in the arms of another woman)

Better than you might have thought, enjoyable to watch  – Mark Benton, Deborah ‘Dragon’ Meaden

Reasonable but not exciting  – Patrick Robinson (Ash from Casualty)

Ok, hmm, well. But you can’t take your eyes off them – Vanessa Feltz, Dave Myers. Ben Cohen – universally acknowledged to have great arms.

Two combined things for Strictly lovers to be aware of – the live Guardian blog by @heidistephens is cracking, and Twitter is an excellent source of bitchy commentary. I’ll leave you with this to put you off your dinner for life:

@nickiweldingnew Rumours of over excitement in Anton’s pants…. Mum has the remote in hand ready to replay recording once live show is over

7 responses to “Strictly: Murder off the dance floor”