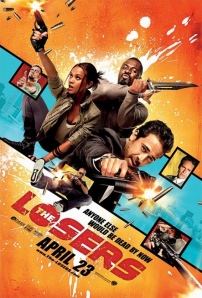 The longest TV election night in UK history now reaches its 96th hour.  Have they allowed David Dimbleby some sleep?  Judging by his appearance at the hurriedly arranged 8.30 pm BBC1 Election special, he’s had a few hours kip.

But under the hallowed unwritten UK constitution it’s actually a requirement that a Dimbleby remains on TV until a new government is formed.   It’s going to be a long night.

You guys all wanted a hung parliament – and this is what it’s like.  We’re watching the formation of a Government in slow-mo, something  that usually happens in just a few hours on the early hours of a Friday morning after the polls close.

But you’ve got to admit these are great, dramatic political events.  Today (Monday) perhaps the best of all as Gordon Brown shifted the dynamic once more with his resigning as leader, but remaining PM.  It’s one of the great features of that same unwritten UK constitution that we can do this – “I’m resigning as leader, but I’m still in charge of the country”.  Beleaguered leaders elsewhere must see this as a pretty neat trick.

General Election Night, usually the time of highest drama as MPs fall and rise, now feels like the phony war.  There was no Portillo moment then.  But I think we’ve had it now, with Gordon falling on his sword outside No 10.  But “were you back home in time for Gordon?”, sadly doesn’t have the same ring to it.

Fittingly for an election that was blown wide-open by the TV debates, it is rolling 24 hour TV news, that best captures the post-Election blow-by-blow events.  So what if Gordon makes his announcement at 5.05pm – TV has no fixed deadlines and carries that live.  Newspapers must do their best to catch up.

We’ve also got a great cast of characters on show from across the political spectrum and over time, with every former Lib Dem leader (except Charlie K who clearly isn’t being allowed anywhere near the cameras) wheeled out to comment, since they can’t get the Cleggster himself.  It’s a star-studded cast – and given so much TV to fill everyone who was anyone gets 5 minutes on air.

But with the LibDem negotiations now opened up with both main parties, we have seemingly descended into eBay politics – the most recent bid from Labour this afternoon was “we’ll sack our leader”, to which the Tories have now countered with “full coalition AND a referendum on PR”.  I think they’ll be offering up their immortal souls next.  It’s all a bit reminiscent of the old joke:  “Those are my principles. And if you don’t like them – I have others.”

But lest we delude ourselves about voting reform, what would be going on now if we had PR?   With perfect PR we’d now have no party with an overall majority, with the Tories as the largest party, Labour as second, and Libs as third able to make or break the government in coalition. Which is …errr …. exactly what’s happening now.  Except doubtless they would all have had more practice at doing the post-election negotiations just a tad more quickly.

However, with this new politics of deal-making played out in public, we’ve also got some nice new phrases emerging which I can see having a shelf-life that’s longer than the next government.  We surely all want “strong and stable government in the national interest” – that’s what every party is claiming to deliver.  Was the Gordon resignation moment the “game-changer”?  My latest favourite is that variant on the Bush war phrase:  condemning the Lab-LibDem alliance as “the coalition of the losers”.

Meanwhile, what’s The Queen doing?  She had the new PM pencilled in to her diary for 11 am Friday, and she’d then have had a nice long feet-up to prepare for Her Speech in a few weeks time.  Poor love is stuck at Windsor, flicking between Sky News and Iron Chef, waiting for the phone to ring.

I think her Madge realises – having watched a dozen Prime Ministers come and go and seeing the now parlous state of the public finances – that this was actually a good election to lose.  And that fighting like cats in a bag to form the next government may actually be the wrong thing to do.  Sitting back and letting the other guys fail in office may be the wisest course.

11 responses to “Election News Special 2010: “Coalition of the losers””